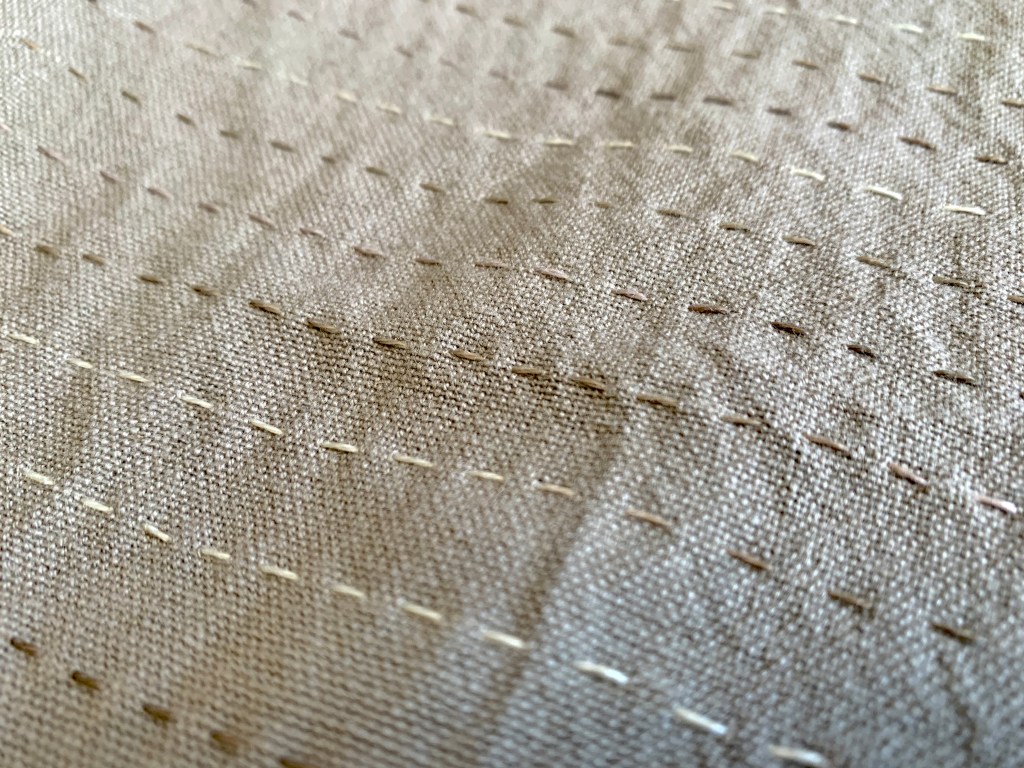 Sunny weather has finally arrived here in The Netherlands!! I don’t know about you, but in sunny spring and summer weather I tend to like working on small and quick-to-finish embroidery projects. I like projects that are portable! This summer my family will be going on a road trip, so I’m lining up a few […] 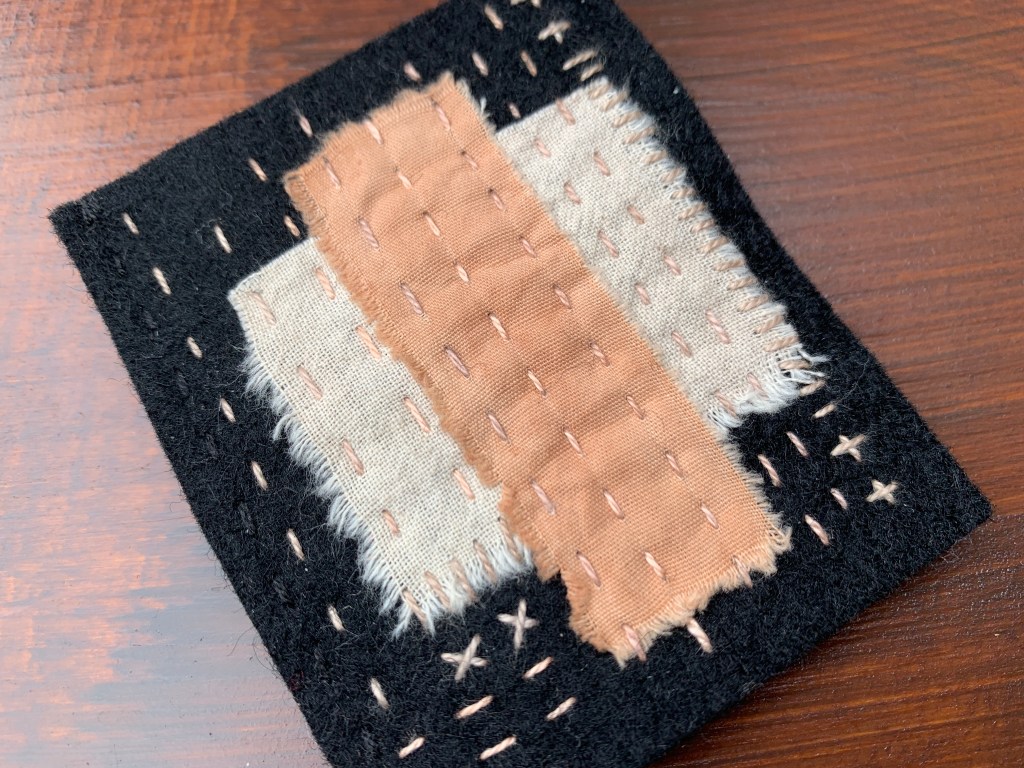 I think I have hand sewing needles in pretty much every room in the house. I have all kinds of fun doo-dads to hold my needles – traditional pincushions, magnetic sorts, needle books, needle minders – I never get tired of finding fun little creations to hold all my needles. So please allow me to […]

A moment of peace in a time of crisis 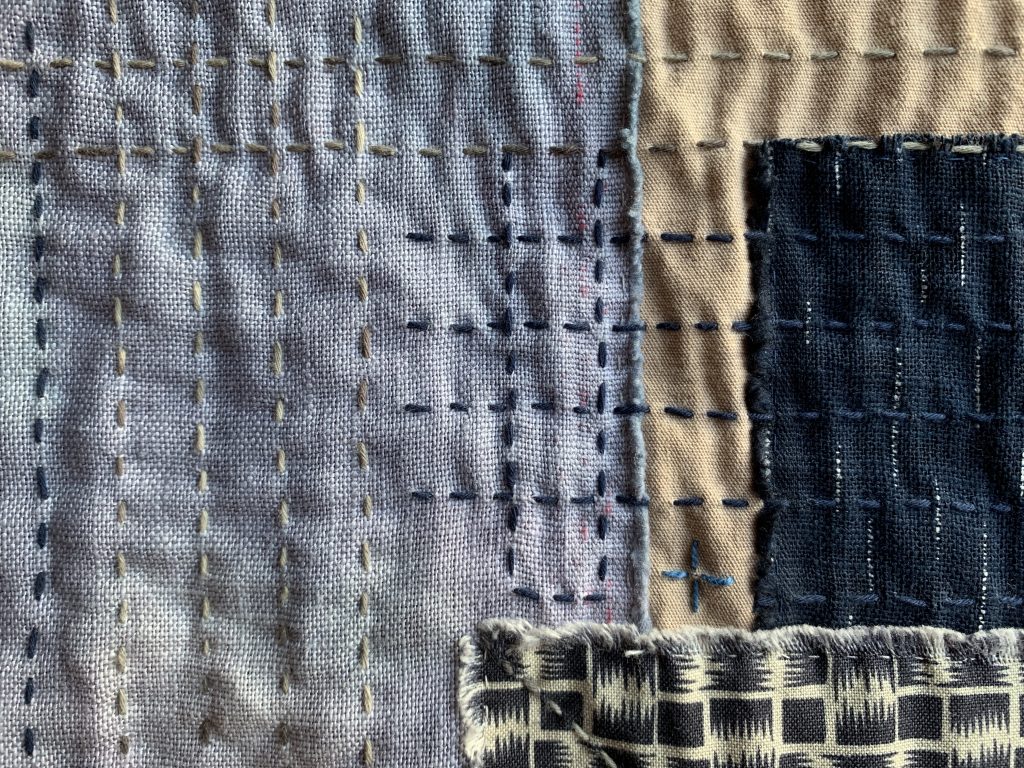 It’s hard to know what to say right now. I feel like everything I read – all the articles, all the the social media posts, all the texts, emails and video chats with family and friends, everything – is focused on the the crisis that is COVID-19.

It’s taken me some days to stop feeling bewildered by the daily changes and constant unbelievably bad news, but I’ve forced myself to limit my media consumption in the last few days, and I feel like my little family is starting to settle into our new daily reality of everyone home, all the time. And all the hand washing. And a heightened level of mindfulness when we’re at the grocery store. We have a schedule and a home schooling scheme set up for our 5-year old, and we try to get out and play enough every day to clear out some of the angst. I’m so grateful to have a garden to sit in; a lot of people here don’t. So far we’re all healthy and safe, but we do know folks who’ve tested positive. 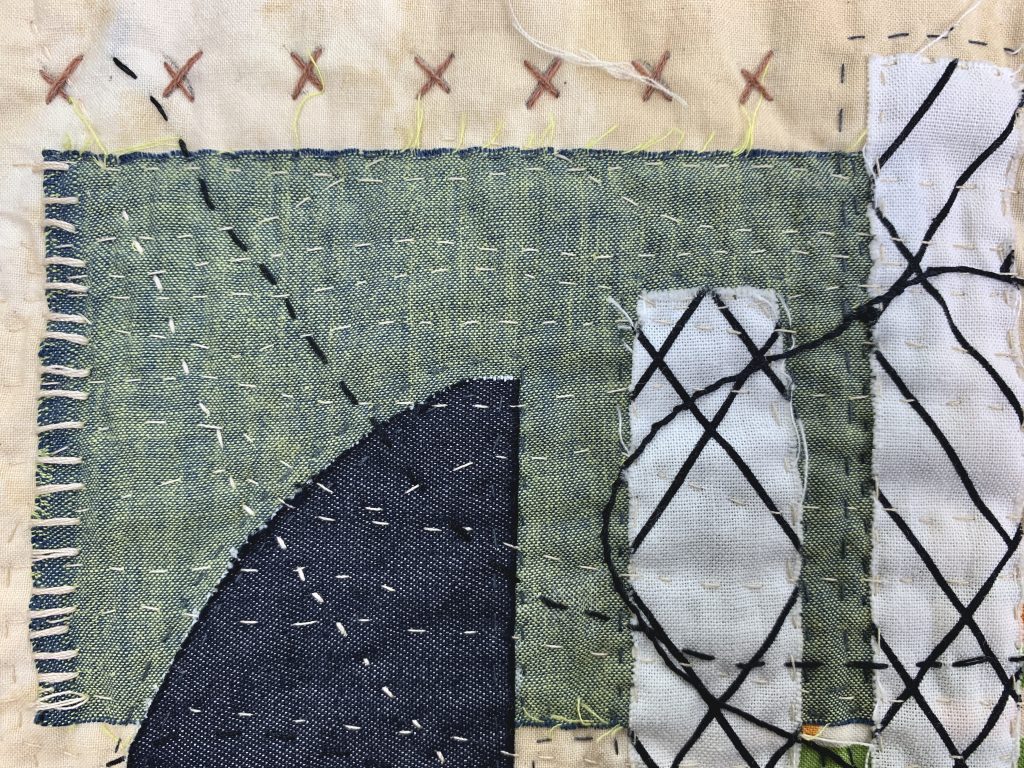 I’ve been slowly but steadily incorporating slow stitching into my craft practice over the last year, and as I’ve done that, I notice I spend a lot more time stitching each day. I was thinking about why this is; I mean, I’m doing it because I enjoy it, but there was something else. 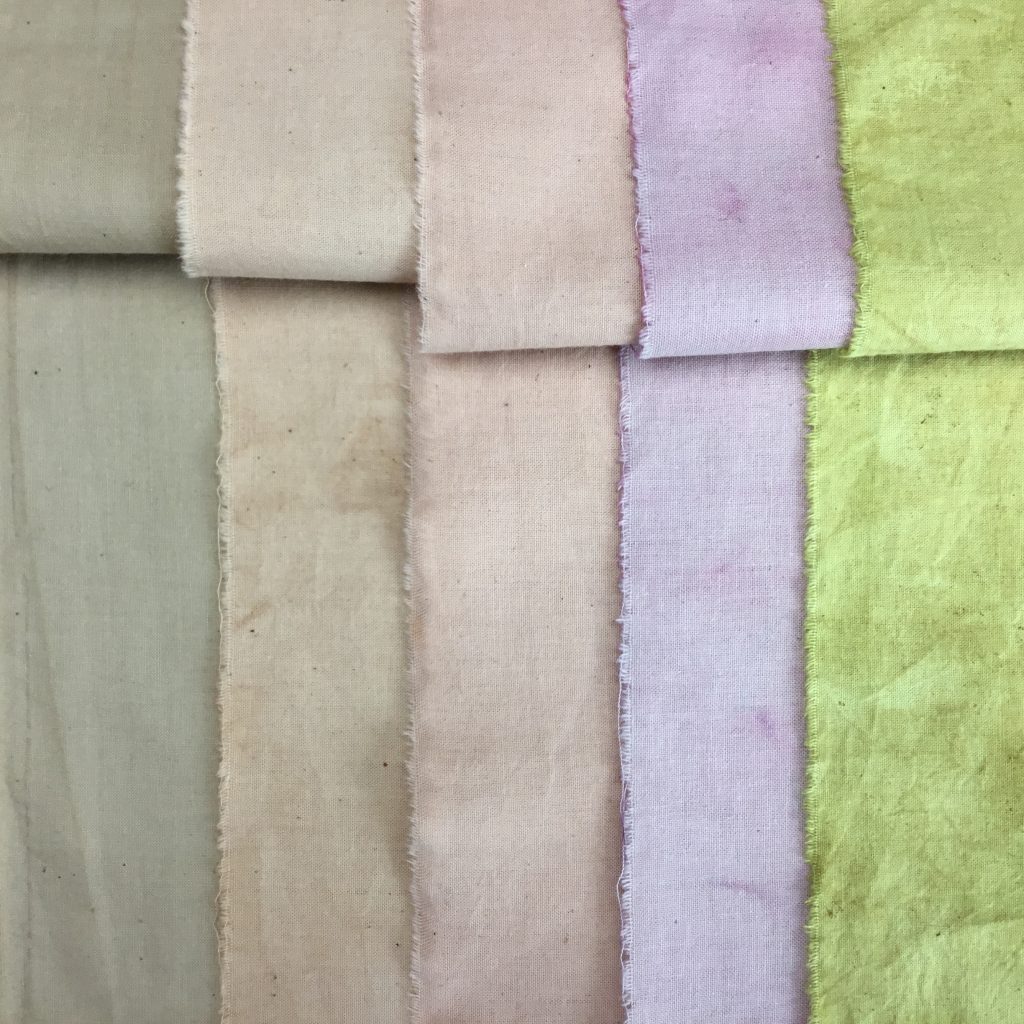 If you follow Handcraeft on social media, you already know that I’ve been dabbling in natural dyeing the last months. It started with simple tea-dyeing, just with the tea I happened to have in my kitchen pantry. Black tea, rooibos tea, any tea. Then I started playing with cut flowers that I had leftover in the house, like daffodils. I used a bottle of wine that I opened and didn’t like, and ended up with with a muted purpley-red osnaburg that I used to make some appliquéd pincushions. I’ve used coffee. I picked dandelions in the neighborhood and tried that. And then I started saving avocado skins and stones. 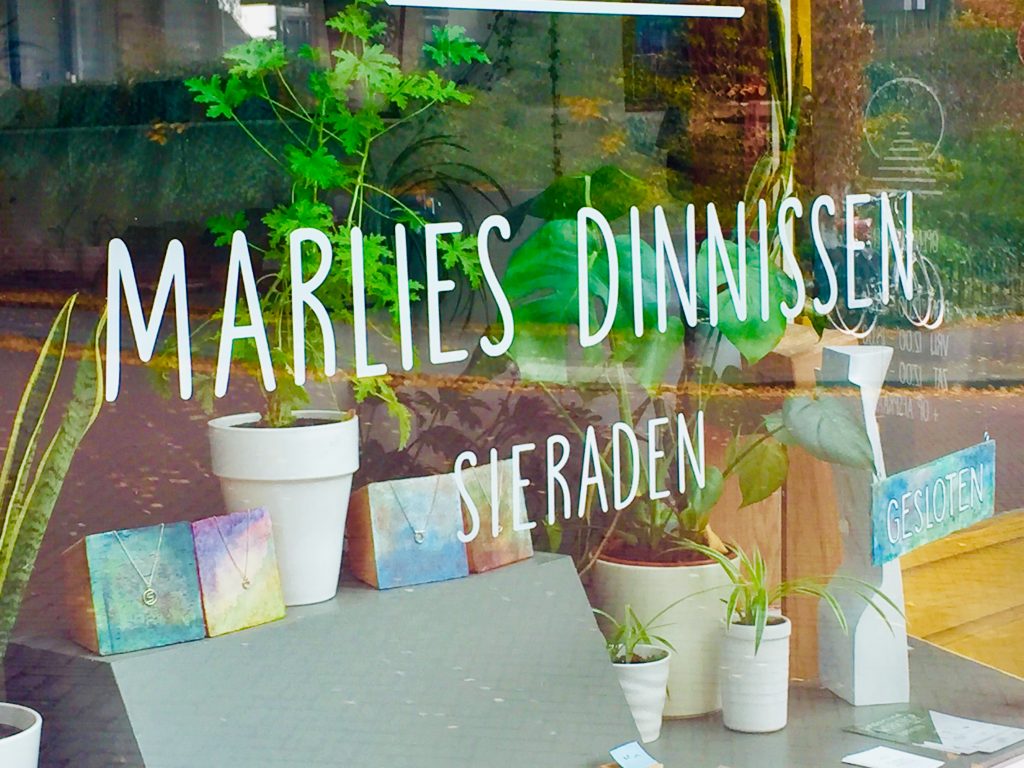 Adorned with a jovial smile, Marlies Dinnissen graciously welcomes me into her smallish silversmith studio & shop on the Klarendalseweg in the artsy Modekwartier of Arnhem. Flooded with natural light, the studio feels fresh, young and modern. It’s situated in a district densely dotted with artists & artisans in their ateliers & shops and the area, and complete with cozy coffee, lunch and dessert spots, serves as a weekend destination spot for locals and tourists. I visited Marlies on a weekday, so most studios weren’t open, but I definitely plan to go back for another visit on a weekend day when all doors are open.

She has a nice window display embellished with green plants and silver jewels, and the walls visibly dedicate themselves to showcasing her work.

Catching up and moving on 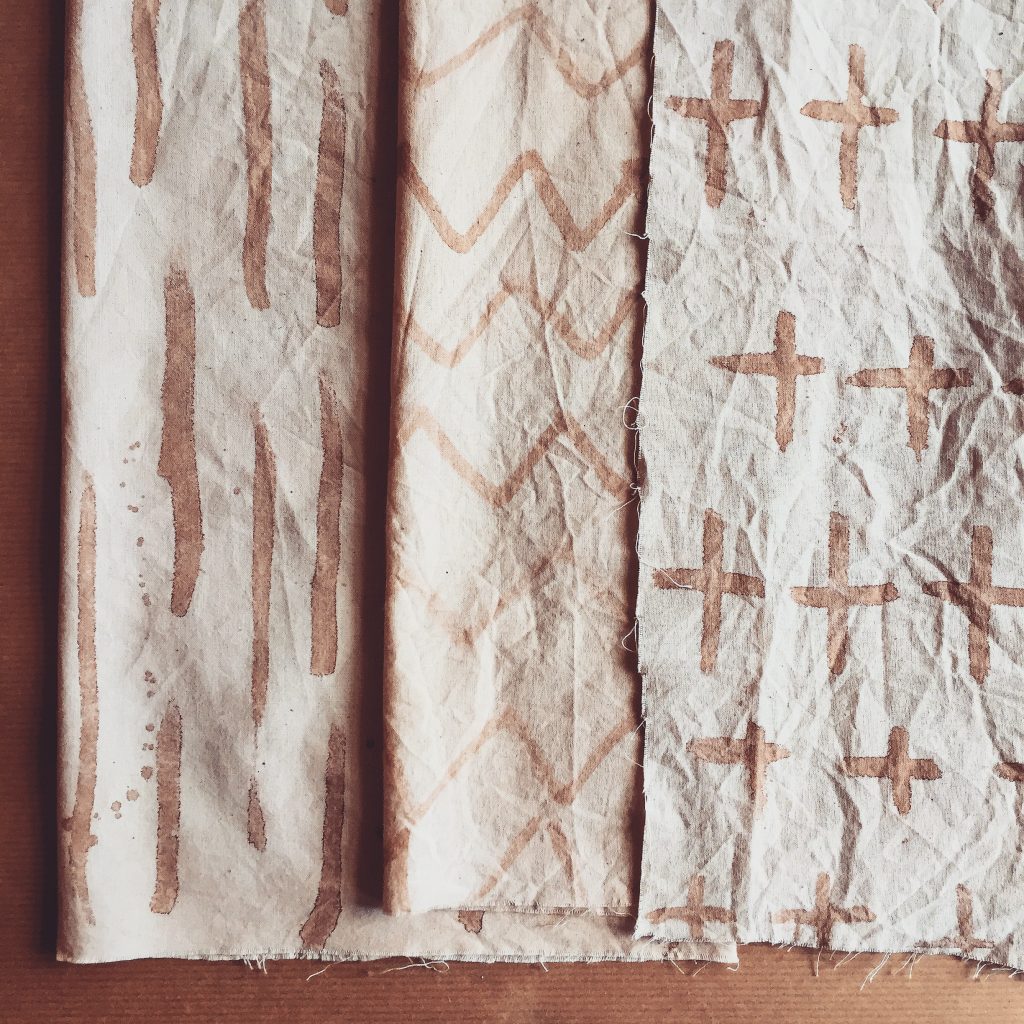 Hey, friends! I’m so happy to be back and to catch up with things. To catch up with you. I’ve been making some big changes lately! I redesigned the website and blog, and I LOVE it! It’s tedious work, but totally worth it. I’ve also been in the process of rebranding my business. I started out a couple of years ago with a different vision, and it’s taken me a while to realize that it’s totally okay to change your mind and allow your interests and ambitions to evolve. Once I stopped feeling weird about it and started feeling great about it, it was easy to make some big decisions. I shut down my old webshop, which was surprisingly and enormously liberating, and for now, I’m focusing on this blog and my Etsy shop. I hope that, toward springtime, I’ll be able to also realize some fresh ideas and new workshops for my local Groningen friends. 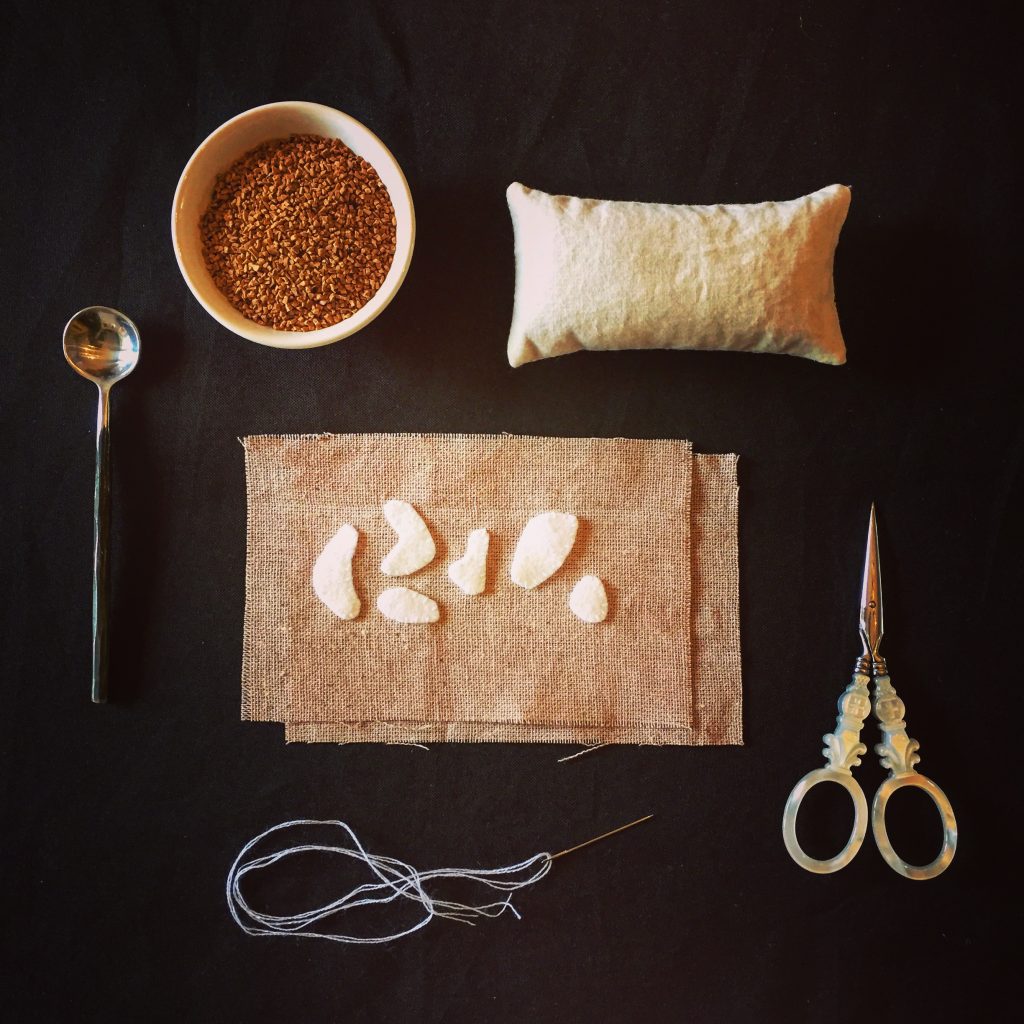 WELL. It’s Monday morning, and I’m still in my pajamas enjoying a delicious cup of coffee after a weekend of five workshops. Five! I’ve been preparing for weeks. I prepared kits for adults, juniors and kids, and I prepared my remarks. I’ve thought a lot about these workshops and why I want to give them. I fretted about whether people would know about my workshops and whether they’d want to come and try slow stitching with me. These things don’t always turn out quite the way you think they will, which is kind of part of the fun and excitement of it. You just have to prepare as best you can, trust in your knowledge and abilities, and let go of the rest. 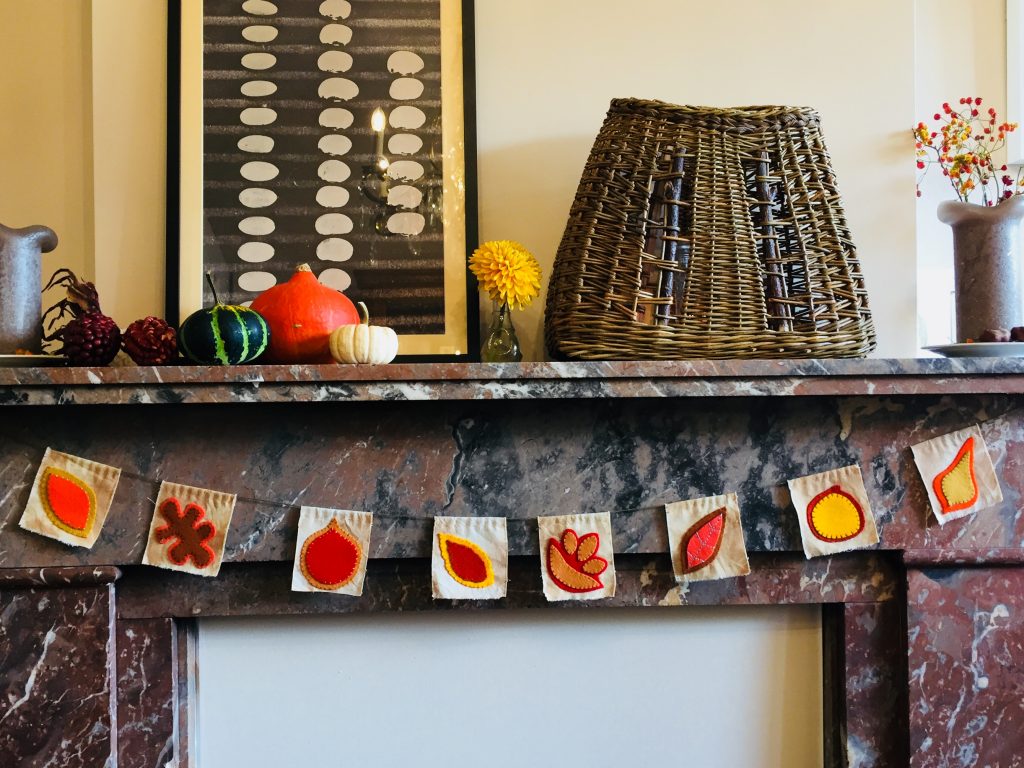 Sweater weather is here, folks, and everything is changing; the air is a bit crisper, the mornings colder, the need for slippers is immediate, and the autumn colors are warm, cozy and beautiful. I was more than ready to see summer come to a close, and if it would have hastened its departure, I would have given it a swift kick in the right direction. I love this time of year! On the autumn equinox, September 23rd, I hosted a small gathering of friends to celebrate the beginning of a new season, both literally and figuratively. I worked for weeks on my decorations and remarks for the gathering. Lucky for me, the very day I went to the local garden store, boxes upon boxes were being opened with gourds and decorations aplenty. So in addition to the yellow and orange flowers, floral wreaths, pinecones, colorful ears of corn and spicy candles, I collected stripey and speckled pumpkins that now set atop the mantel of my fireplace and nest in the corners of my living room.

Lieuwe Jongsma and the art and craft of green woodworking 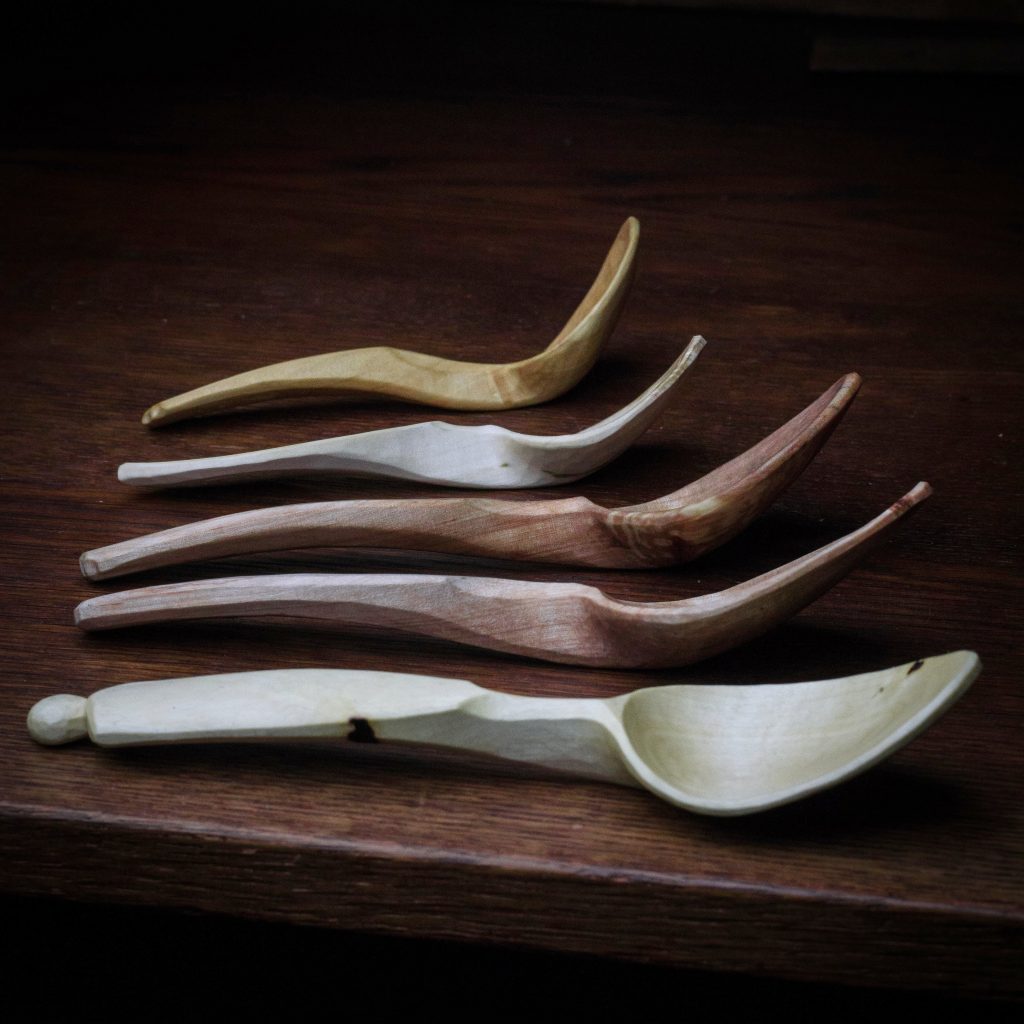 Craft must be a living and evolving thing. It shouldn’t be stuck in the past; a museum of what it used to be. It should be rooted in our lives, relevant especially to young people, since they are the ones who will carry it forward. Find a way to make it relevant to modern day life while still observing and being influenced by the history of it. 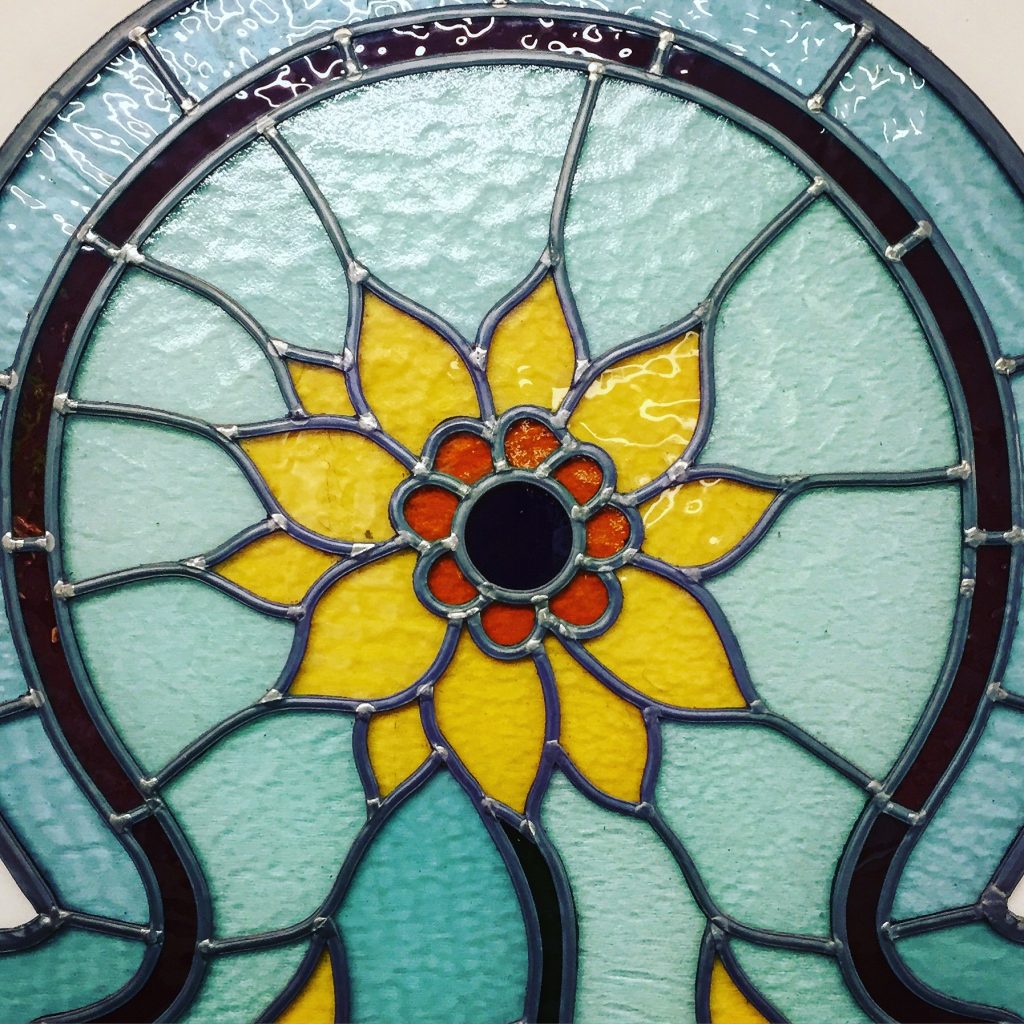 I recently had the pleasure of meeting and visiting with Eelco Stoffers and Roxana Popescu-Stoffers in their glass shop and studio, Gekleurd Glas. Both Eelco and Roxana are friendly, warm, and very easy to talk with. Eelco was eager to share his story and talk about his work. I’ve been by the shop a few times now, and I always leave feeling like we haven’t yet finished our conversation. It’s nice to have so much to talk about. Eelco comes from a family of artists; his mother a visual artist, training first in painting and transitioning over time to textile work and tapestries, and his father, whose early work included machine fabrication and later shifted to stained glass. When his mother studied at Groningen’s Academia Minerva, her education in painting was quite comprehensive – it even included fire painting! Eelco’s father is something of a Renaissance man. He was a machine fabricator, and produced, among other things, spinning wheels for wool and etching presses for lithographs. He worked with the Academia Minerva and provided machines to students studying here in Groningen. He observed a need for students to have access to smaller, more portable machines, as many students needed to be able to produce work from home to support themselves. So, he made some.

The second of my Marigold devotions is yet another stitchery. After printing my embroidery pattern on a sheet of transfer paper, I machine-sewed a simple muslin pouch and spoon-filled it with dried Mexican Marigold flowers. I didn’t fuss too much about the sizes of things; I didn’t even measure the rotary-cut muslin or Osnaburg fabric swatches. I whip-stitched the small opening of the pouch and got straight to the embroidery work, which, after all, is what I was most looking forward to. I chose three colors of silk thread by French maker Au Ver à Soie, which I’d been wanting to try for some time. The colors are vibrant and I like the shiny sheen of the silk thread. I’ll definitely use it again.

Handcraeft is going on vacation! The shop will remain open, but orders from July 28th will ship again starting August 29th. Thanks and happy summer! Dismiss